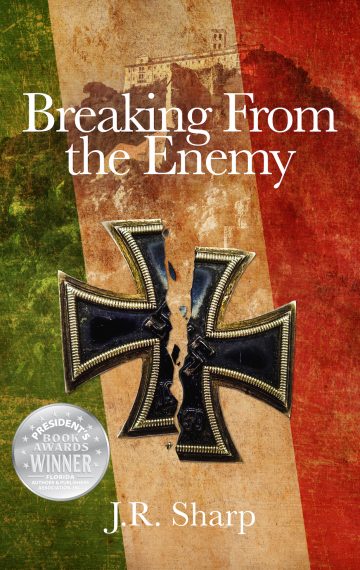 It is 1940 in Italy and Gino Cartelli has recovered from being wounded in Ethiopia and has been sent back to war by the Axis powers. He knows it is only a matter of time before he meets the same fate as his two brothers who died in battle. He decides that he must make other plans to secure his future.

While stationed in Rome, he witnesses atrocities against his fellow Italians, Jews, and other innocent war victims. He survives by learning to be as corrupt as the Germans who have made this city their headquarters.

He and his friend Giacomo’s lives become a cat-and-mouse game with the Gestapo commander Major Schmidt. The final chapter of this match comes to an end when the major harasses, beats and enslaves the Italian partisans in the final battle for Rome.

When they make their escape, their enemies pick up their trail as they head south to the ancient city of Monte Cassino. When they arrive, a Catholic nun turned Italian partisan, Caroline Franco, takes them through the ancient trails of the Latin Valley to escape their pursuers. Will they be able to get past all the Nazi roadblocks, or will they be caught before they escape to the north and finally become free and reunited with their families?